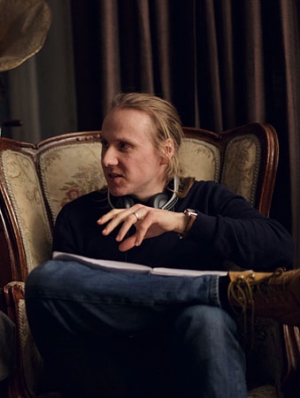 Florian Frerichs, by his own admission, started shooting first short films while he was still at school. After he had been rejected by various German film schools, he founded the production company Warnuts Entertainment together with his former history teacher Stephan Warnatsch in 2008. As a producer, he has since realised numerous short films, music videos and commercials and was involved in the production of the feature-length thriller "Gefällt mir" (2014) as production manager.

Frerichs produced and directed "Alex" (2013), a three-minute fake trailer for a remake of sorts of Stanley Kubrick's "A Clockwork Orange". His dystopian science-fiction short "Phoenix" (2014) and the short horror film "In the Ruins" (2016) were shown at several international genre festivals. Frerichs focused on a completely different topic in his feature film debut "Das letzte Mahl" ("The Last Supper", 2018), for which he and Stephan Warnatsch also wrote the screenplay. The film tells the story of a German Jewish family in 1933 whose members have differing opinions on the Nazis and Hitler. The prominently cast film premiered in 2018 at the Jewish Film Festival in Los Angeles; the German premiere took place at the Jewish Film Festival Berlin & Brandenburg; the regular theatrical release followed in January 2019. Thereafter, Frerichs returned to making genre film: Alongside filmmakers such as Ruggero Deodato and Andreas Marschall, he was one of 24 directors of the horror compilation "Deathcember" (2019).