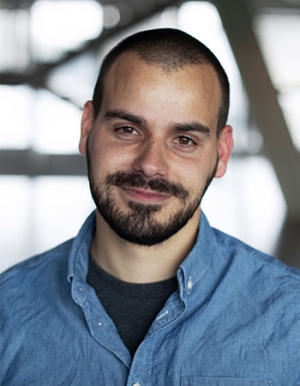 Erec Brehmer, born in 1987 in Vechta, first completed an apprenticeship as media designer for image and sound at the public broadcasting company ZDF. In 2010 he began studying directing at the Hochschule für Fernsehen und Film (HFF) in Munich. During his studies he realised short and medium-length films that were shown at international festivals. As an editor he worked on short, image and commercial films by other directors and in this capacity he also worked for TV productions such as "Unter unserem Himmel - In Füssen" (2014), "Tierisch unterwegs" (2014) and "Wer zieht ein? (2017). He also edited the trailers for "Mollath – und plötzlich bist du verrückt" (2015) and "Schau mich nicht so an" ("Don't Look at Me That Way", 2015) as a student. Together with Lisa Geretschläger he was the editor for the feature film "Agonie" ("Agony", 2016), the graduation film of his HFF fellow student David Clay Diaz.

Brehmer's own medium-length feature film "Voicemail", about an ambitious journalist (Constantin von Jascheroff) and the case of a missing girl, premiered at the Max Ophüls Film Festival in January 2016. Numerous other festival participations followed. Among others, "Voicemail" was awarded Best Student Film at the Figueira FilmArt Festival (Portugal); at the Landshut Short Film Festival the psychodrama won the audience award.

Also at the Max Ophüls Film Festival, Erec Bremer presented his HFF graduation film "La Palma" in January 2018, the story of a young couple who freshen up their deadlocked relationship during their holidays by means of bizarre role-plays. At the Grenzland-Filmtage Selb festival 2019 "La Palma" won the audience award and the award for best film location. The German cinema release followed in June 2020.