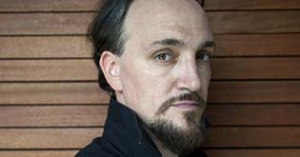 Cyril Tuschi was born in 1969 in Frankfurt. After studies in Philosophy in the United States in the late 1980s, he opened a nightclub and worked at a theater in Stuttgart. In 1992, his first short film, "Frankfurt at the Seaside" ("Frankfurt am Meer") was invited to several festivals in Germany. He then enrolled at the Film Academy Baden-Wuerttemberg. His other films include: "Nightland" ("Nachtland", 1995) - which was screened in Berlin and won the New York Academy Camera Prize in 1996, "Turn" (1997) and his feature debut "Slight Changes in Temperature and Mind" ("SommerHundeSoehne", 2004).