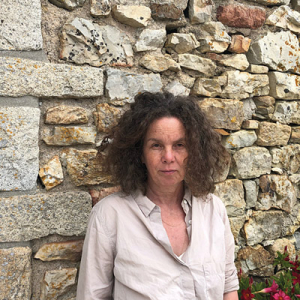 Carolin Schmitz, born in Wiesbaden in 1967, trained as a bookseller after graduating from high school and worked in this profession for several years. In 1997 she began studying at the Academy of Media Arts in Cologne and started making films. Her short documentary "4 min 3 sec", the observation of a time diver, won 2nd prize in the German Competition of the Oberhausen Short Film Festival. "Sitzend überleben" (2001) was about the architecture of workplaces and its effect on the people who work there every day.

Her 28-minute graduation film "Paralleluniversen", (2002), about the uniqueness of our universe and the existence of parallel worlds, screened at the Duisburg Film Week and was the only German entry invited to the Oberhausen International Competition. Also in 2002, she directed episodes of the children's series "Sesame Street." In 2003 she was a founding member of the documentary film women's network LaDOC. For "Benidorm" (2006), a short documentary about unknown aspects of the notorious Spanish resort, Schmitz received the German Short Film Award in Gold. In all of these early works, she collaborated with cinematographer Hajo Schomerus, whose stylized images and long takes helped shape the films.

Carolin Schmitz made her feature film debut with "Porträts deutscher Alkoholiker" ("Portraits of German Alcoholics"), in which she follows six anonymous alcoholics through their everyday lives, including a lawyer, a civil servant and a housewife. The film received very positive reviews and an Honorable Mention from the jury in the Berlinale section Perspektive Deutsches Kino. In "Schönheit" ("Beauty", 2011), Schmitz portrayed people who undergo cosmetic surgery.

In 2012, Schmitz began teaching at the International Film School Cologne (ifs); in 2013, she also received a teaching position at the University of Wuppertal. Her ten-minute short film "Krise" ("Crisis", 2018) featured four middle-aged men, looking alike and dressed identically, sitting next to each other on a couch and narrating crisis moments from their lives in different voices. Her experimental short film "Ich schenke Dir ein Lächeln," about a Victorian painting coming to life, premiered at the Kassel Dokfest 2020.

At the Munich Filmfest 2022, Schmitz presented the feature-length film "Mutter" ("Mother"), which depicts the individual stories of eight mothers between the ages of 30 and 75 in a mixture of documentary elements and staged scenes, with Anke Engelke acting out the respective situations and lip-synching her mouth to the original narratives. The film was released in September 2022.