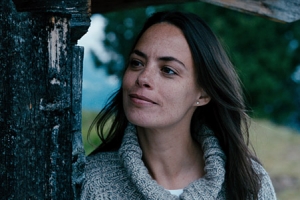 Bérénice Bejo was born in Buenos Aires, Argentina on July 7th, 1976 and grew up in France. She was introduced to acting by her father, director Miguel Bejo. From the mid-1990s on, she regularly appeared in TV productions. In 2000 she had her breakthrough as a film actress with the role of an ambitious young actress in the comedy "Meilleur Espoir féminin" ("Most Promising Young Actress", FR 2000) for which she was nominated for the César as best newcomer. In the following years, Bejo starred in numerous film and TV productions, among them the crime drama "Dissonances" (FR 2003) and the self-discovery story "Cavalcade" (FR 2005).

She became known to a wider audience in 2006, when she played the lead character in the successful spy film parody "OSS 117: Le Caire nid d'espions" ("OSS 117: Cairo, Nest of Spies", FR 2006), which was directed by her partner Michel Hazanavicius. He also cast her as an ambitious young actress in his multi award-winning silent film "The Artist" (FR 2011), a supporting role for which she received nominations in the USA from the Academy Awards, the Golden Globes, the Screen Actors Guild Awards and the Critic's Choice Award. In France, she received the Prix Lumière and the César as Best Actress.

She received further nominations and prizes for her portrayal of the lead character in Asghar Farhadi's family drama "Le Passé" ("The Past", FR/IT 2013), among them the Best Actress award at the Cannes Film Festival. Other important films she starred in include the thriller "Le dernier diamant " ("The Last Diamond", FR/LU/BE 2014), the family drama "Éternité" ("Eternity", FR/BE 2016) and the divorce drama "L'économie du couple" ("After Love", FR 2016).

She appeared in a German film in 2017, playing the role of a single mother who has to witness her new partner and her young son coming into conflict in Jan Zabeil's drama "Drei Zinnen" ("Three Peaks").