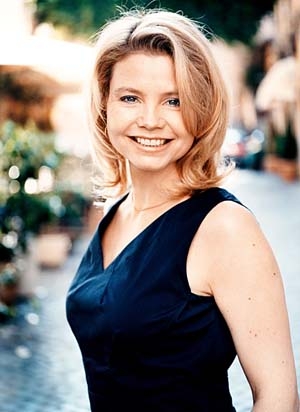 Annette Frier was born in Cologne on January 22, 1974. From 1994 until 1997, she studied acting at the 'Schauspielschule der Keller' in Cologne. She went on to perform at the Schauspielhaus and Theater am Brauturm and soon was discovered as a TV actor. One of her first very first roles was the prison snitch Vivi, whom she played from 1997 until 2000 in 63 episodes of the series "Hinter Gittern – Der Frauenknast".
In 1999, Frier joined the cast of the comedy show "Switch", in which she impersonated celebrities. She also became a regular cast member of the police procedural "SK Kölsch" (2000-2001) and the comedy program "Die Wochenshow" (2000-2002).In addition to her TV career, Frier continued to star in stage productions. In 2000, she won the PUCK award for Best Newcomer, and in 2004, she received the Kölner Theaterpreis for her performance in Henrik Ibsen's "Nora".

The acclaimed dramedy series "Danni Lowinski" (2010-2014), in which Frier starred as an unorthodox lawyer who defiantly defends underdogs, turned out to be a huge success and garnered Frier the Bavarian Television Award and two German Comedy Awards.

Meanwhile, Frier also continued to appear in theatrical releases, including "Omamamia" (2012), "I Phone You" (2011), "Rico, Oskar und das Herzgebreche" ("Rico, Oskar and the Broken Hearted", 2015) and und "Ich bin dann mal weg" ("I'm Off Then: Losing and Finding Myself on the Camino de Santiago", 2015). On stage, she starred in a production of "August: Osage County" at the Theater am Kurfürstendamm. After her turn in the TV satire "Die Schlikkerfrauen" (2014), she played a pregnant woman whose unborn child is diagnosed with trisomy 18 in the TV drama "Nur eine Handvoll Leben" (2016) and got rave reviews for her performance in this unusually serious role.

Frier next starred in the comedy "Lucky Loser - Ein Sommer in der Bredouille" (2017).