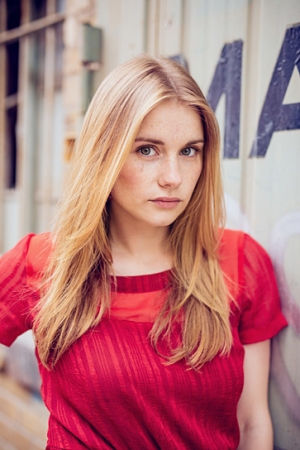 Anna Hausburg was born in Berlin in 1990. Initially training as a professional dancer, she ventured into acting, and after appearances in commercials and the comedy show "Mensch Markus" (2002), she made her debut in the made-for-TV film "Auch Erben will gelernt sein" (2003). This was followed by a leading role in the TV miniseries "Meine schönsten Jahre" (2004).

After supporting roles in the theatrical releases "Max und Moritz Reloaded" (2005) and "TKKG – Das Geheimnis um die rätselhafte Mind-Machine" ("TKKG: The Secret to the Mysterious Mind Machine", 2006), Anna Hausburg starred in the comedy "Leroy" (2007), playing the daughter of a right-wing extremist family who falls in love with an Afro-German man.

Returning to the big screen, Anna Hausburg was the female lead in the arthouse horror film "True Love Ways", which premiered at the 2014 Hofer Filmtage, and was released theatrically in October 2015.