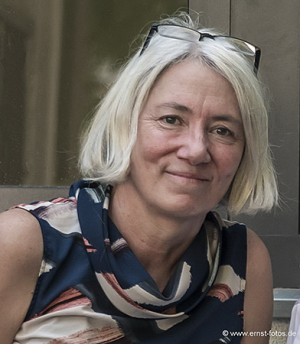 Alice Agneskirchner was born in Munich in 1966 and grew up at lake Tegernsee. After studying theater, political science, and folklore, she worked as an assistant director at the Landestheater Salzburg. She also traveled through Asia and North America, where she earned her living with jobs as a mountain guide, cowgirl, and bookseller, among others.

Back in Germany in 1989, before the fall of the Wall, she began a guest study program at the Film and Television Academy 'Konrad Wolf' in Potsdam-Babelsberg, in what was then the GDR; this was made possible by the then director Lothar Bisky. After the fall of the Wall in October 1989, she was able to continue her studies seamlessly and graduated in 1994. Her graduation documentary "Rauliens Revier", about the everyday life of a Duisburg district police officer, premiered at the Hof Film Festival and won an award at the Chicago International Film Festival.

After graduating, Agneskirchner began working as a freelance writer and director for documentaries and image films. "Waschen und legen" (1999) was an exploration of Berlin's hairdressing salon scene, "Im Freibad" (2001) observed everyday life at the outdoor pool in Berlin-Wilmersdorf for one summer. For "Zusammen" (2003), a 70-mm image film for the VW 'Autostadt' center in Wolfsburg, she was awarded the German Business Film Prize and the iF Industrie Forum Design Award. Agneskirchner's autobiographical documentary "Liebe Mama, ich kannte Dich kaum..." (2006), about her mother who died at an early age, received the Förderpreis at the Munich DOKfest. From 2003 to 2007, Alice Agneskirchner was a guest lecturer at the Filmakademie Baden-Württemberg.
In 2009, she was one of the directors of the 24-hour television documentary "24 Stunden Berlin – Ein Tag im Leben"; the following year, she was involved in the collaborative project "20 × Brandenburg," which was awarded the prestigious Grimme Award. For her project "Ein Apartment in Berlin" (2013), in which she confronted three young Israelis living in Berlin with the tragic history of two Jewish families during the Holocaust, she received the Gerd Ruge Fellowship. In 2015, she was an artist in residence at Villa Aurora, Los Angeles.

Having previously worked primarily for television, Agneskirchner made two feature films between 2015 and 2019: "Auf der Jagd - Wem gehört die Natur?" (2017), about the relationship of humans to wild animals and the question of whether and to what extent hunting wild animals in German forests makes sense and is necessary; and "Lampenfieber" ("Kids in the Spotlight", 2019), which follows five children during the creation of a new children's play at Berlin's Friedrichstadt-Palast, the theater with the largest children's and youth ensemble in Europe; this film premiered at the 2019 Berlinale in the Berlinale Special section. In 2020, Agneskirchner received the Grimme Award for the television documentary "Wie 'Holocaust' ins Fernsehen kam."

At the 2022 Berlin IFF, Alice Agneskirchner presented the documentary "Komm mit mir in das Cinema - Die Gregors" ("Erika and Ulrich Gregor - A Life dedicated to Films") in the Forum Special section, a portrait of the married couple Erika and Ulrich Gregor, who expanded post-war German film history in a significant way. The film was released theatrically in the summer of 2022.