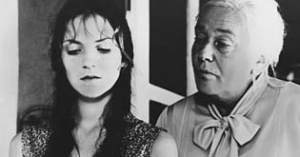 The film describes ten days in the life of socialist politician Clara Zetkin. In August 1932, the 75-year old, who lives in Archangelskoye near Moscow, is asked to inaugurate the new legislative term as the oldest member of the German Reichstag. Although she is ill and nearly blind, she takes the chance to appear in Germany, which is more and more dominated by the Nazis. Despite several efforts to keep her arrival a secret, it is revealed that Zetkin is on her way to Berlin. Her old friend, the social democrat Gustav Schröder, accommodates her. Although fascist newspapers print several openly announced death threats, Zetkin stays unimpressed. On their way to the Reichstag, thousands of people line the streets.