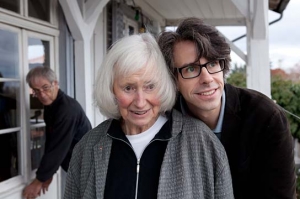 In "Vergiss mein nicht", David Sieveking portrays the domestic care of his mother, who, like millions of others, is suffering from Alzheimer's. David's parents were active in the student movement of the 1960s and led an "open relationship", which is now being tested in a dramatic way through the mother's illness.

The changes taking place within the mother forces the family to deal with its own conflicts and even teaches them how to deal with these conflicts more tenderly, bringing them all closer together. With humor and candor, David Sieveking's family chronicle is characterized by unaffected participation and loving affection, where it is the human being at the center of the story, not the illness.