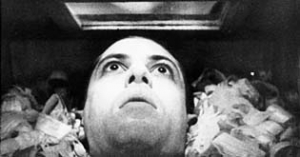 On his journey, Allan Gray arrives late at night at a remote inn. He spends the night there, but his sleep is disturbed by an unsettling dream: In it, he finds himself as a guest at a castle. The surrounding area is haunted by a vampire appearing in the guise of an old woman. The owner of the castle has already been murdered by the creature, and now his daughter Leone is likely to become the vampire′s next victim. Allan teams up with Gisèle, Leone′s younger sister, and together they try to stop the impending doom.

With the help of an old book chronicling the secrets of the vampires, they finally end the reign of the bloodsucker. By driving a stake through its heart, they destroy the creature, thereby saving Leone. A radiant summer morning ends the terror of the night – and concludes the dream of Allan Gray.