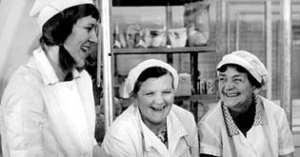 In 1961, fourteen days after the Berlin Wall began to be built, director Winfried Junge started the film project "Children of Golzow" in the Oderbruch, East Germany. This meanwhile oldest long-term chronicle in film history follows the destinies of a generation of people who entered school almost five decades ago in a village 80 km east of Berlin. Between 1994 and 2003, Barbara and Winfried Junge devoted eight films to individuals from Golzow. In 2007 they have brought the project to an end with the 290-minute two-part film "And If They Haven′t Passed Away - They′re Living Happily Ever After ... The Children of Golzow. The End of an Endless Story", the continuation of the first two parts from 2006. Five former Golzow schoolchildren are portrayed here.

Winfried and Barbara Junge take stock of their long-term project: "Since films can at best be hours long, but not days long, much too much has been left untold and unshown. Of the 26 children who started school in 1961, we were at least able to accompany 18 of them through a bit of their lives, some for a shorter period of time, some longer. (…) And so we want to bring our project to a filmic end with the last remaining five life histories of the "Children of Golzow" from the Oderbruch, who today are counted among the fifty-something generation, to turn off the light that lifted them out of the crowd for a while and to discharge them back into anonymity where millions of people spend their lives."