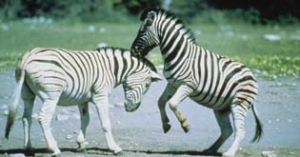 Serengeti darf nicht sterben was the first German documentary film to ever receive the most sought after trophy of Hollywood as well as many other awards.

The film not only shows the beauty and wildness of Serengeti, but it also serves as a passionate plea for the establishment and preservation of the Serengeti National Park, promoting the establishment of national park borders which are compatible to animal migration and not deliberately set by man.