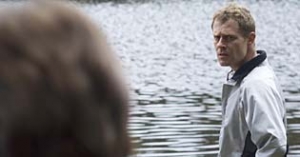 The rules of the red-light milieu are strict: there are no relationships allowed among employees! The Ukrainian prostitute Tamara and Alex, a pimp's henchman, both know the rules of the trade all too well. Their secret love can only survive when they both break free from their hated lives. But first, they need money to make a fresh start. Thus, Alex decides to rob a small-town bank in the countryside. Tamara insists on accompanying her boyfriend.

Initially, their plan seems to work but then policeman Robert tries to stop the getaway car with a shot from his weapon. The shot fatally wounds Tamara and her desperate lover leaves her behind on a clearing in the forest. Alex then hides on his grandfather's secluded farm. But he cannot let go of the grief about his loss and the sentiment of revenge. He traces the policeman and his wife and starts to play a perfidious game with them that threatens to destroy Robert's life forever.