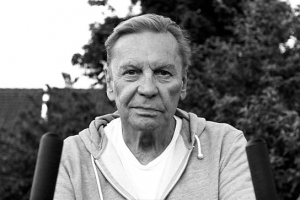 On a whim, the director's mother googles the film hero of her youth: Helmut Berger. She is shocked: Her former icon only seems to be an addicted, confused shadow of himself, who - if at all - makes a name for himself with scandals and participates as a sad figure in the reality TV show "I'm a Celebrity ... Get Me out of Here!". Without further ado, the financial controller decides to stop the decline of what was once the "most beautiful man in the world" and she is convinced: Helmut Berger only needs the right coaching and a serious job, then he'll be back.

It doesn't take long, and the capricious actor actually sits on her sofa in a village in Lower Saxony and stays there for several months. The country air does him good - and while Helmut Berger spreads out his life in front of the camera, the boundaries between film team, world star and family blur.