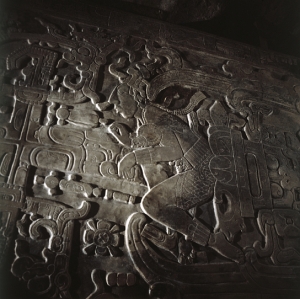 Chariots of the Gods

This exciting film reportage was made during a twelve-month-expedition to the far-away corners of the world where amazing prehistoric testimonies of the development of mankind were filmed.

The focus of the investigations is Erich von Daeniken’s thesis – argued in his international bestseller – that, millenniums ago, the earth was visited by creatures from other planets.