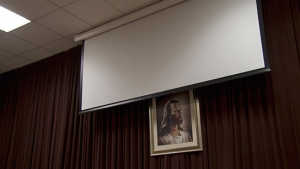 The Temperature of Will

A documentary feature about the Catholic order "Legion of Christ" and their work in Germany. The Legion is counted among the ultraconservative branches of the Catholic Church and faced a major crisis after it became publicly known that founder Marcial Maciel had been sexually abusing minors for decades. In his film, filmmaker Peter Baranowski accompanies mainly his own brother, a priest and member of the order. As neutral as possible, the film shows the cleric passionately doing his job, for example by giving speeches and holding Mass at youth camps to offer salvation. At the same time, the filmmaker tries to help the audience understand positions and mindsets of the "Legion of Christ".