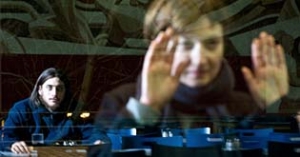 The Solitude of Prime Numbers
"The Solitude Of Prime Numbers" tells the story of Alice and Mattia, who both suffer from severe childhood traumata: Forced by her father to go skiing, Alice got in an accident, and as a result, one of her legs remains permanently stiff. Mattia on the hand feels responsible for the death of his sister. Since these events, life hasn′t been easy for both: Alice blames her father for her fate, while Mattia is convinced that his parents also believe him to be guilty of his sister′s demise. Both Alice and Mattia feel they′re being left alone – yet they keep finding each other.