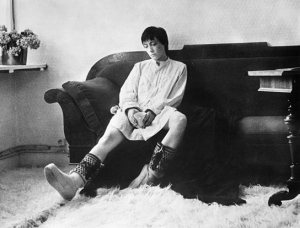 Edda Chiemnyjewski is 34, a divorced mother who works as a press photographer and takes care of her clingy, school-age daughter. She is working with other West Berlin photographers on an exhibition that is aimed at presenting a portrait of the city. But when the subsidised project begins to exceed the original bounds, Edda has to start manoeuvring to persuade the sponsors and the press of the validity of her vision.

Helke Sander's essayistic narrative film is an ironic and clever depiction from a feminist perspective of the universal dilemma of a working woman whose fragmented everyday life leads her to feel like anything but what in East German jargon was called an "all-round developed person". With the episodic narrative, the director also documents various neighbourhoods in the divided city, as well as the lifestyle and tastes of the artistic elite in the West. Among the elements contributing to the authenticity of the film are numerous original prints by photographer Abisag Tüllmann (1935–1996); playing a bit part in "Redupers", she articulates some of the issues of her profession.