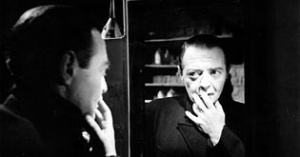 Dr. Karl Rothe conducts important research for the Nazis during the Second World War. When he finds out that his fiancée is betraying him with one of his closest colleagues and selling the results of his secret research, he kills her. Rothe wants to be punished for his actions, but the Nazis try to cover up the incident so that he can continue working for them. In a time during which mass murders are committed regularly, one more killer will go unnoticed. And so, Rothe continues to kill and changes his identity. He then works under a different name as a doctor at a collection camp for so-called “displaced persons”. At the camp, he coincidentally meets up with his old rival, who has also changed his identity. Finally, Rothe sees his chance to seek revenge...