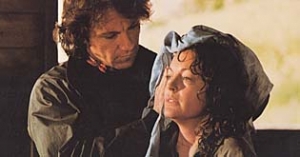 In this media-critical scenario of the future, medical progress has conquered almost all diseases, but television viewers are offered the opportunity to experience the ultimate event live and authentically: the death of a fellow human being. The reporter Roddy, whose optic nerve is connected to a miniature camera, is tasked with accompanying the seriously ill Katherine Mortenhoe every step of the way to her deathbed. Her fear of death drives up the ratings. But Roddy begins to love her and to resist the exploitation of her feelings by destroying the camera in his head. In doing so, he eventually goes blind.