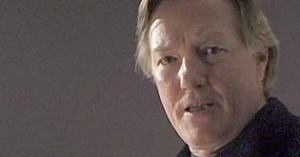 The Himmler Project
Romuald Karmakar directs the actor Manfred Zapatka in performing the three-and-a-half hour speech originally declaimed before ninety-two SS generals by Heinrich Himmler on the 4th of October, 1943 in the Golden Hall of the Posen Palace: according to Joachim C. Fest, it was "one of the worst displays of the German language". On top of Himmler′s many slip-ups, his pronunciation of names, cities and foreign words took over and held the rhythm. Throughout the film, Zapatka occupies the entire mise-en-scène; the background is neutral; he is dressed as a civilian, wearing no costume whatsoever.