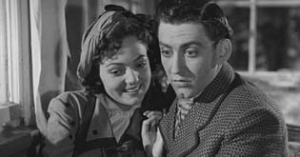 Berlin in 1878: Corinna Schmidt, who was brought up in a petit-bourgeois, academic family, is romantically interested in Leopold Treibel, the son of the lordly councillor of commerce Jenny Treibel – although Corinna is also deeply in love with her cousin Marcel. Leopold is also falling for cute Corinna, and Jenny Treibel tries to prevent their friendship by all means, but changes her opinion when their secret engagement becomes public. To avoid a scandal, she urges them to marry quickly. But Corinna soon withdraws from this complicated situation and again turns to her cousin, who is banished from the country for his social democratic beliefs.