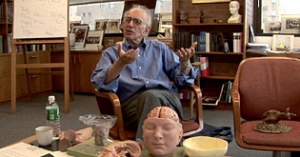 In Search of Memory

Documentary film about Eric Kandel, born 1929 in Vienna, who is considered to be one of the most important neuroscientists of our time. For 50 years, the psychoanalyst and physician has been specializing on this area of expertise that is closely associated with his own history: Kandel experienced the Holocaust as a child in Vienna and mainly deals with the "Search of Memory" in his work. The film observes the exceedingly charming, humorous, and charismatic Nobel Prize laureate at work and visits the places of Kandel′s childhood in Vienna to draw a comprehensive portrait of the man and the scientist.