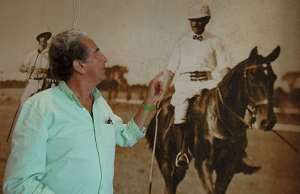 Documentary film about the life and work of Max Emden (1874-1940). He grew up as the son of a long-established Jewish merchant family in Hamburg, who at the beginning of the 20th century turned the family textile company "M. J. Emden Söhne" into an internationally active trading company and department store group. Today, Emden is regarded as the central figure in the invention of modern department stores. In 1928 he moved to Lake Maggiore in Italy due to the rise of anti-Semitism, and from 1933 he lived in Switzerland. The German assets of Emden were confiscated by the Nazis, and he had to sell most of his extremely impressive art collection under Nazi pressure. Decades later, paintings from the collection appeared in prominent places, such as in the rooms of the German Federal President. But despite all the evidence, Max Emden's family had to fight an almost hopeless battle for their rights.