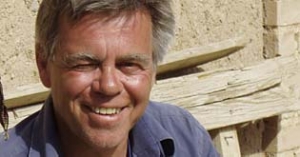 Thomas Wartmann studied journalism in Munich before he went to Los Angeles to study directing at the American Film Institute. He then worked as an assistant director for several movie productions but then became a journalist again and travelled through Asia, Africa and South America for magazines like GEO, Stern, or Merian. From 1994 on, Wartmann made more than 25 documentaries and reportages as author and director.

His last movies were devoted to the world cultural heritage, adobe architecture and nomadism in North Africa and won him several prizes. "Between the Lines – Indiens drittes Geschlecht" (Between the Lines – India"s Third Gender), his first documentary film for the cinema, premiered in Locarno. Thomas Wartmann lives in Munich.