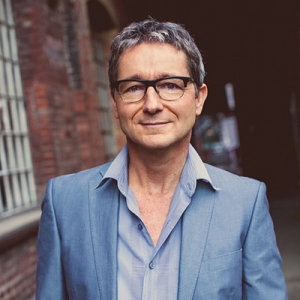 Stefan Schwietert was born in Esslingen on January 29 1961, and grew up in the Swiss town of Therwil. After making first experiences shooting on video in the early 1980s, he worked as an assistant director in Brazil and was a guest student at the California Art Institute. Relocating to Berlin, he studied film at the Deutsche Film- und Fernsehakademie (dffb) from 1984 until 1990, with his graduation film "Sprung aus den Wolken" ("Jumping Out The Clouds", D/CH 1991) having its premiere at the Locarno IFF.

Schwietert founded his own production company Neapel Film and went on to direct numerous documentaries for film and television, often focusing on music and social change. Following his first feature-length film "Der Schatten ist lang" ("Long Shadow - Jura Soyfer and His Contemporaries", 1994), he enjoyed international success with his second feature "A Tickle in the Heart" (DE/CH 1996), a documentary on the Epstein Brothers, a Jewish Klezmer trio. The film won the Artur-Brauner-Preis, the documentary award at the Chicago Film Festival and the Bavarian Film Award.

Schwietert's "Heimatklänge" ("Echoes of Home", CH/DE 2007) explored the human voice as the most immediate form of expression and mankind's universal instrument and went on to win numerous accolades, including the Swiss Film Award. The same year, he portrayed the Vienna Art Orchestra in "Big Band Poesie (2007).

After "Balkan Melodie" (DE/CH/BG 2012), Schwietert accompanied legendary pop musician, theorist and activist Bill Drummond for the documentary "Imagine Waking Up Tomorrow And All Music Has Disappeared" (CH/DE 2015), which explores the idea of a world which has to re-invent music from scratch.