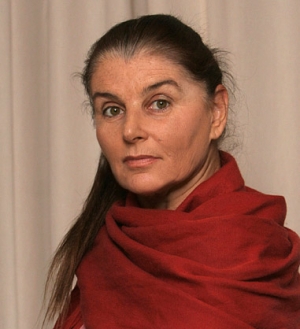 Rina Castelnuovo-Hollander was born in Tel Aviv in 1956. After studying art at the Accademia di Belle Arti in Rome, she started to work as a photo journalist for Associated Press in Israel. From 1993 on, she worked for the Jerusalem office of the New York Times. In addition to this, her photos were published in numerous other media outlets. Over the years, Castelnuovo-Hollander covered the first and second Intifada, the wars in Lebanon and Gaza, and the assassination of Israeli prime minister Jitzak Rabin (1995). Moreover, her works were presented in exhibitions all over the world.

In 2017, Rina Castelnuovo-Hollander premiered her documentary feature film debut "Muhi – Generally Temporary"(DE/IT), which she co-directed with Tamir Elterman. The film portrays six-year-old Muhi, son of a Hamas activist, who has to live in an Israeli hospital due to his medical condition. The film won the award for Best Debut at the DocAviv Film Festival, and was released in Germany in June 2018.