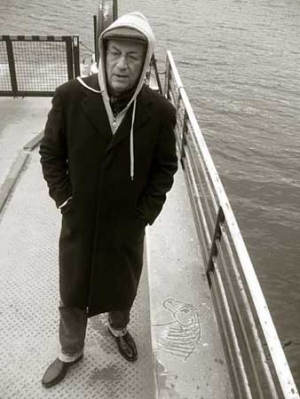 Born 1954, studied at the Kunstakademie Düsseldorf. Active as artist, filmmaker, and author in the film and television industry. Four feature films, including the cult film "The Last Revenge", made in 1980. Since 1978 his artistic works (film, installations, performance) have been shown in institutions like the Vienna Secession and the Kunst Werke in Berlin. Music videos in the German and international independent music scene, some of which are in the collection of the Cinémathèque Française. Aside from well-known actors such as Tcheky Karyo ("Nikita"), Erwin Leder ("Das Boot"), and Peter Lohmeyer, his collaborators include the Dalí music and disco queen Amanda Lear and the underground film legend Kenneth Anger.