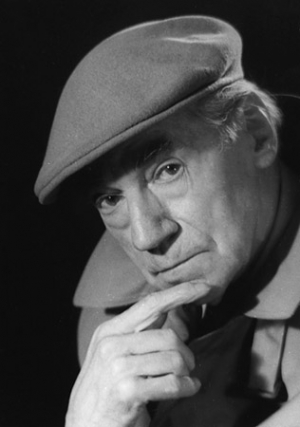 Peter Pewas, born as Walter Emil Hermann Schulz on April 22, 1904, in Berlin, made an apprenticeship as a metal worker after finishing school and worked in his job in Czechoslovakia and in Austria. In 1920, he went to Weimar"s Bauhaus for nine months and studied under Paul Klee, Wassily Kandinsky, and Laszlo Moholy-Nagy. From 1933 on, Pewas worked as a freelance commercial artist and created film posters and movie theatre adverts.

In 1932, Pewas started a documentary film project about Alexanderplatz but was arrested by the Gestapo during filming in 1934 and his footage was confiscated. Suspected of high treason, Pewas was sent to jail twice. After his release, he continued to work as a commercial artist in the movie business.

Then, Pewas started to study directing at film academy and worked as an assistant director for Wolfgang Liebeneiner"s films "Bismarck" (1940) und "Ich klage an" ("Accuse, I", 1941). In 1942, he worked for Tobis and made the short films "Eine Stunde" und "Zweiklang". In 1943, Pewas finished his first feature-length film for Terra, the heavily stylized elegiac melodrama "Der verzauberte Tag" – a film that in its aesthetics was diametrically opposed against contemporary fashion. The film was accused of "cultural Bolshevism" and eventually banned for alleged "contempt" against Germany"s lower middle class and for several nude scenes in October 1944. As a result, Pewas was not able to realize two major film projects with Gustaf Gründgens and Heinz Rühmann, respectively, and was drafted for Volkssturm, the national militia.

After the end of the war, Peter Pewas served as district mayor of Berlin-Wilmersdorf for several months before he became one of the founders of DEFA in Babelsberg. In 1947, he finished the successful sex education film "Straßenbekanntschaft" ("Street Acquaintances") that today ranks among the most influential "rubble films", for DEFA. In 1949, Pewas set up his own production company in Munich. He then finished several short films such as "Menschen-Städte-Schienen"(1949), "Herbstgedanken" (1950), and "Putzke will es wissen" (1952), as well as the feature film "Viele kamen vorbei" ("Many Passed By", 1954). Furthermore, Pewas made numerous TV commercials during the 1950s and 1960s, some of which even won awards. However, Pewas always remained an outsider to the German film industry and eventually turned to painting entirely.

In 1978, his film "Der verzauberte Tag" was rediscovered in a Berlinale retrospective of banned German films and in 1981, Berlinale honoured Pewas with a tribute. In 1984, Peter Pewas received an honorary award at the German film awards for his continued outstanding individual contributions to the German film over the years. He died on September 13, 1984, in Hamburg.