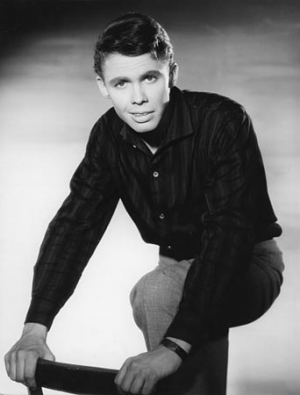 Peter Kraus was born Peter Siegfried Krausenecker on March 18, 1939, in Munich. He already took singing, acting and dancing lessons during his school days. In 1954, Kraus made his movie debut as schoolboy Johnny in the Erich Kästner adaptation "Das fliegende Klassenzimmer" (Flying Classroom). In 1956, after his first concert performance in Munich, Kraus was hailed as the "German Elvis" and his first record release, a German cover version of Little Richard's "Tutti Frutti" became a big hit. From 1957 to 1964, Peter Kraus was regularly represented in German music charts but soon started to change his image with the help of his producer Gerhard Mendelson. "We noticed that female fans were more interested in ballads than in rock 'n' roll songs," Peter Kraus once said.

Besides his success as a singer, Kraus appeared in numerous movies. He played together with Heinz Rühmann in "Der Pauker" (The Crammer ) or starrred with Heinz Erhardt in the comedy "Immer die Radfahrer" (both 1958). At the end of the 1950s, Kraus and Cornelia Froboess were the perfect teenage couple of German cinema. They both starred in box office hits like "Wenn die Conny mit dem Peter... (Teenager-Melodie)" (When Conny and Peter Do It Together) from 1958 or "Conny und Peter machen Musik" from 1960.

Films like "Alle lieben Peter" (Everybody Loves Peter) from 1959 were perfect vehicles for the singer and actor Peter Kraus who also played a pop singer alongside Conny Froboess in "Schlagerraketen" from 1960. From the mid-1960s on, Kraus focussed more on his singing career but appeared again in several TV shows and series of the 1970s, like the ZDF series "Hallo Peter" (1974-1982). Kraus only sporadically appeared in movies like "Tausend Augen" (Thousand Eyes, 1986) or "Der Madonna-Mann" (1987) but was still very successful as a singer and entertainer. In 1999, Kraus celebrated his 60th birthday with an ARD show that went under the motto "Ich mache weiter".