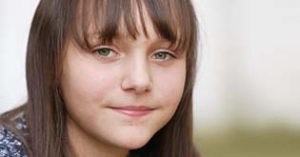 Nina Monka was born in 1997 and made her debut as an actress in a minor role in the anthology film "GG 19- Eine Reise durch Deutschland in 19 Artikeln" (2007). Afterwards, she performed in supporting roles in the television plays "Allein unter Töchtern" (2007) and "Allein unter Schülern" (2009), both alongside Hannes Jaenicke, as well as in Neele Leana Vollmar"s motion picture "Friedliche Zeiten". 2011 Monka played her first leading role on the big screen in the motion picture "Wintertochter". Alongside Ursula Werner she plays the role of a 12-year old girl, who starts for a search of her biological father. In 2011 she can be also seen in "Allein unter Müttern" (TV) another sequel of the adventures of the family Westphal.