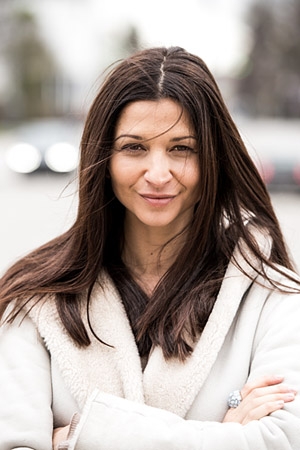 Mira Thiel was born in Munich in 1979. At the age of 17, she worked as an intern on the Vancouver set of "The X-Files". In 1998, she started to study politics while also working as an assistant director on music videos and commercials. She went on to become a producer, first at C.A.M.P. TV in Munich and later at Berlin-based DoR, and started to direct music videos for the production company Blow-Film.

After taking a trainee position as an editor at Nats Postproduction in London, Mira Thiel studied directing at the Deutschen Film- und Fernsehakademie Berlin from 2001 until 2006. In 2006, she helmed the feature-length student film "Ghettosuperstar - deine letzte Chance".

During the following years, she directed non-fiction features for several TV programs, including the popular science shows "Galileo Mystery" and "Terra X". She also contributed to the TV doc serials "Damals nach der DDR" (2010) and "Die Deutschen" (2010). In 2012, she directed "Der Berliner Patient", a TV documentary about an American who was successfully treated for HIV and leukemia at the Charité Hospital in Berlin.