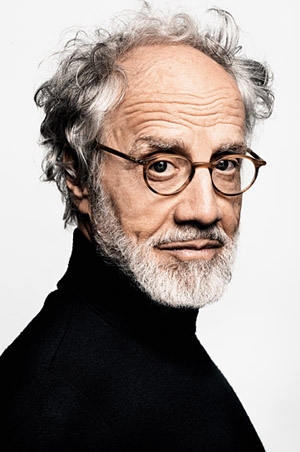 Markus Imhoof was born in Winterthur, Switzerland on September 19, 1941. He studied German literature, art history and history in Zurich, and in 1967/68, he additionally attended film courses. His first shorts included the documentary "Rondo" (1968), which, due to its criticism of the Swiss correctional system, was banned in the canton of Zurich until 1976.

From the mid-1970s on, Imhoof – who was a member of the confederate film commission from 1969 to 1977 – mainly worked on feature films which combined fictional and documentary elements. Repeatedly he chose socially or politically relevant subjects: "Fluchtgefahr" (1974), for which he prepared by working as a prison guard for two months, depicted the fate of a car mechanic, who is crushed by the judicial system for a trifle and is completely criminalized after an escape attempt.

In 1976, Imhoof founded his production company Limbo-Film AG. He caught international attention with his 1980 production "Das Boot ist voll": The film, which deals with Switzerland's controversial policy regarding refugees from Nazi Germany, won the Silver Bear at the 1981 Berlin IFF as well as a special prize at the Donatello-Awards.

"Die Reise", a loose adaptation of Bernward Vesper's political novel, premiered at the 1986 Venice IFF. In 1996, he founded the Markus Imhoof Film GmbH which produced "Flammen im Paradies" (1997), the story of a woman who searches for individual freedom in India in the year 1912.

It took fifteen years until Markus Imhoof, who resides in Berlin since 2003, presented his next theatrical release: "More Than Honey", a documentary about bees and their pivotal importance for mankind, premiered at the 2012 Locarno IFF and opened in German cinemas in November of the same year.The film went on to win numerous awards for "Best Documentary", such as at the Bayerischer Filmpreis, the Deutscher Filmpreis and the Schweizer Filmpreis.

Imhoof's next documentary "Eldorado" (CH/DE 2018) about current European refugee policy, premiered at the Berlinale in February 2018 and had its theatrical release in Germany in April 2018.