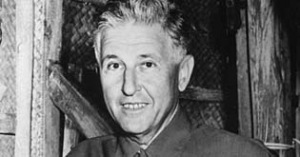 Kurt Bernhardt was born April 15, 1899, in Worms. After finishing school, he did a commercial apprenticeship in Mainz and gathered first experiences at the theater. In 1917, he was called up by the army. After the war, he became an actor at the Stadttheater in Heidelberg, followed by engagements in Darmstadt and Recklinghausen. In 1922, Bernhardt moved to Berlin and started to work at the Renaissance Theater. His debut as a movie director came in 1924 with "Namenlose Helden". The anti-war film, produced on behalf of the communist-friendly film company Prometheus, blended fictional scenes and original footage.

Until 1929, Bernhardt shot seven other silent films on behalf of different production companies, including the very successful love triangle drama "Qualen der Nacht" (1926) and the anti-abortion movie "Kinderseelen klagen euch an" (1927). Alongside Carl Zuckmayer, whom he had met in the army and with whom he had previously written the script for "Qualen der Nacht", he worked on "Schinderhannes" (1928). His last silent film was "Die Frau, nach der man sich sehnt" (1929), starring Marlene Dietrich in the leading role.

His one and only UFA film was also his first sound film – and one of the first German sound films ever. "Die letzte Kompagnie" (1929/30), starring Conrad Veidt in the leading role, is set during the Napoleonic Wars. Subsequently, Bernhardt shot the crime movie "Der Mann, der den Mord beging" (1931) as well as the patriotic mountain movie "Der Rebell" (1932), which was co-directed by the leading actor Luis Trenker.

In 1933, Bernardt, who was of Jewish heritance, emigrated to France und directed the German-French co-production "The Tunnel", a drama depicting the construction of a tunnel between Europe and America. Due to a special permission he was allowed to shoot in Germany. After the shooting was finished, however, he got denounced for a remark he had made about Horst Wessel and had to flee the country. Until the outbreak of the war, Bernhardt shot four more movies in England and France, including the operetta film "The Beloved Vagabond" (1936) and "Carrefour" (1938).

In 1939, Bernhardt moved to the USA where he was offered a seven-year-contract at Warner Brothers. Until 1946, he directed nine movies, including the melodramas "My Love Came Back" and "The Lady With Red Hair" (both 1940). In 1942, he was loaned by Warner Bros. to Paramount for the musical "Happy Go Lucky". Kurt Bernhardt, who changed his first name to Curtis in 1940, was regarded as an expert in women's films. His movies featured strong female leading roles, which were played by stars such as Jane Wyman, Barbara Stanwyck, Bette Davis, and Joan Crawford. In 1946, he obtained the American citizenship.

From 1946 onwards, Bernhard directed movies for both MGM and independent film studios. During the 1950s, he concentrated on European productions again. In 1960, he shot the comedy "Stefanie in Rio" (co-produced by Artur Brauner's CCC), followed by the sword and sandal film "Damon and Pythias" (1962), which was shot at the Cinecittà Studios in Rome. His last movie was the U.S.-produced comedy "Kisses for My President" (1963), in which he told the story of the first male "first lady".

In 1970, Curtis Bernardt received the "Filmband in Gold" for his "long-time and outstanding contribution to German film". He died on February 22, 1981, at his home in Pacific Palisades, California.