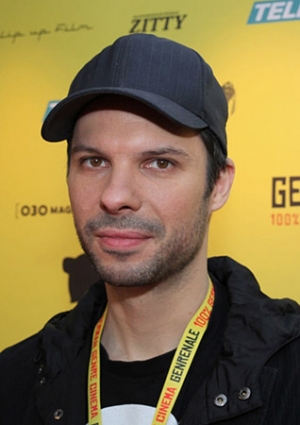 Krystof Zlatnik was born in Stuttgart on January 9, 1980. Already making short films as a teenager, he went on to work as an intern on film productions following his high school graduation. In 2003, he enrolled at the Filmakademie Baden-Württemberg, and in 2007 he received a scholarship for the Hollywood Workshop at the UCLA Extension in Los Angeles.

During his studies, Zlatnik completed several shorts, including the half-hour long science-fiction film "Das Leuchten", which won the Caligari Award and screened at numerous festivals. Zlatnik received a second Caligari Award for his graduation film "Lys", which screened at the Seattle International Film Festival.

After his graduation, Zlatnik began to develop scripts for film and television. In 2013, he became one of the founders of the "Genrenale", the first festival exclusively dedicated to German genre cinema. At the 2017 Genrenale, Zlatnik premiered his first feature-length production, the dystopic action movie "Immigration Game", which is set in a Germany where refugees have to compete in a deadly competition for German citizenship. The film won Zlatnik and the production company Roundhouse Film the New Voice on the Edge Award at the Boston Science Fiction Film Festival. It was released theatrically in Germany in July 2017.