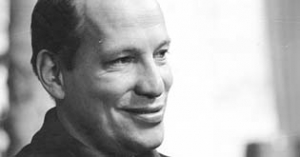 Jürgen Roland, whose name at birth was Jürgen Schellack, was born December 25, 1925, as a merchant’s son in Hamburg. After the end of World War II, he worked as a reporter for Radio Hamburg. Later, he attended the BBC Television School in London. In 1951, he started working as an editor at the German public radio and television broadcaster NDR.

Alongside Wolfgang Menge, he developed the TV series "Der Polizeibericht meldet..." (1954), in which they edited contemporary criminal cases. A little later, he gained fame with the series "Stahlnetz" (1958-1968). All 22 episodes were based on true events and managed to captivate the audience with their semi-documental style. Some of his other television works include "Dem Täter auf der Spur" (1967-1973) and "Großstadtrevier" (since 1986). In addition, he directed twelve "Tatort" episodes between 1976 and 1997.

Even after his retirement in 1990, Jürgen Roland continued to work as a freelancer for film and television. In 2005, the TV criminalist who had been awarded Germany’s Cross of Merit in 2006, was chosen Honorary Commissioner of Bremen Police.