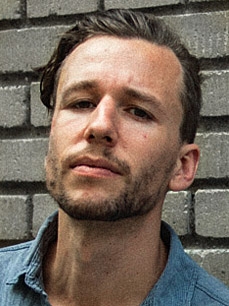 Born in Zurich, Switzerland in 1983, he grew up in Langnau and first began working with the Swiss film collective VideoGang. In 2002 and 2003 his films won at the Viper Festival in Basel. He made documentaries in South America and India before studying documentary film directing and television journalism at the University of Television and Film Munich. His documentary "Chrigu" screened in the Berlinale Forum in 2007 and his feature debut "Off Beat" in the Panorama in 2011. His documentary "Karma Shadub" (co-directed by Ramon Giger) won the Grand Prix at Visions du Réel, Nyon in 2013.