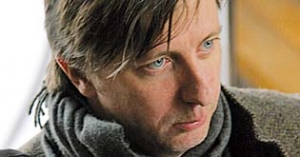 Hal Hartley, born in Lindenhurst, Long Island in New York on 3.11.1959, he studied at Massachusetts College of Art and later at Purchase Film School at New York University. He scored numerous festival hits, receiving Best Screenplay award in Cannes in 1998 for HENRY FOOL. He was appointed "Chevalier des Arts et des Lettres" in Paris in 1997. From 2001 to 2004 he received a bursary from the American Academy in Berlin to work on a screenplay about Simone Weil.