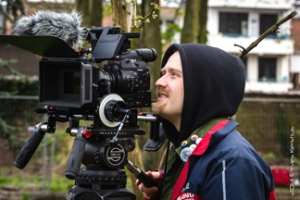 Dave Lojek was born in East-Berlin in 1975 and received his master's degree in English / American and Cultural Studies from Humboldt-University Berlin. As independent autodidactic filmmaker and critic he travels to festivals and organizes annual film workshops called KinoKabarets. Being a poet and author he also teaches at creative-writing workshops for young people. Dave Lojek works as president of the Video- and Film Association Berlin / Brandenburg, which is a member of the BDFA – Association of German Film Authors. His multimedia creations have been published in numerous journals, anthologies, on DVDs and his films are broadcast on TV and online.