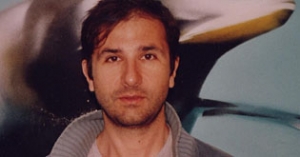 Daniele Grieco, born September 15, 1967, in Cologne, started to study marine biology in Naples, Italy. After finishing his elementary studies, he left university to work as a radio reporter for WDR. In 1995, Grieco went to the USA and studied film production at New School of Social Research and at New York University until 1999. During this time, he gained his first experiences as a writer and an assistant director and finished smaller short films.

After his graduation and his return to Cologne, Grieco worked as a freelance writer and director. He, for instance, wrote several episodes of the TV crime series "Die Kumpel" (2001) for the Sat.1 TV channel.

In 2009, Grieco made his feature-length film debut with the documentary film "The Last Giants – Wenn das Meer stirbt…" ("The Last Giants – Oceans in Danger"). Thematically, this film is a return to Grieco"s beginnings as a marine biologist: "The Last Giants" tells the story of an animal rights activist and her idealistic fight for the marine fauna in the Strait of Gibraltar.