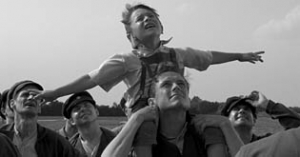 In order to finally bring to an end a story his father has kept hidden in a faded old notebook, Matthias Silcher researches the story of his grandfather Robert, who died in 1937 in Lakehurst as a crew member on the Hindenburg. His investigation leads him to the Zeppelin Museum in Friedrichshafen to one of Robert’s former colleagues, Karl Semmle. But the old man rejects Matthias and first wants to know why he is so curious before he breaks his silence.

The bizarre circumstances of Robert’s death and the lives of his surviving family members thereafter does not come to light until 2004 with the help of Karl Semmle, the only witness of the time who really knows what happened and what drove Robert to sacrifice his own life to save the airship industry – a decision that would go on to haunt the lives of three generations.