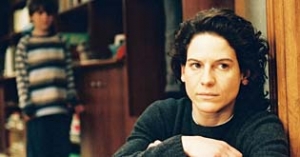 Jenny’s idyllic life on the edge of the city begins to fall apart when she comes home one afternoon from her friend Sandra and finds her son Tim completely upset. Tim leads her into the woods where Sandra’s seven-year old daughter Luzi is lying dead in the snow. Everything seems to indicate that Tim is directly involved in Luzi’s death.

In panic and in an attempt to protect her son, Jenny urgently warns him not to tell anyone the truth. Nobody should connect Tim to this tragic event, not even Michael, her husband and his own father, who as the responsible police detective is working like mad to solve the case.

Jenny doesn’t realize that her son is breaking down under the secret. He oversteps limits and rebels, makes up strange stories, can’t sleep and is plagued by nightmares. When his teacher and even his father notice his changed behaviour, Jenny entangles herself and Tim ever deeper in a web of lies. She, too, is about to collapse under the burden of her guilt. In her desperation, she turns to her mother, who wants nothing to do with the truth. Jenny has to try and live with the lie.

Through the commitment of Tim’s teacher, Michael finally understands that his son needs professional help. After a sleepless night, Michael makes a portentous decision. In the end, the nightmare has only begun…