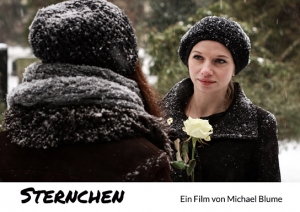 The movie tells the story of seventeen year old Dirk. The first image shows his funeral. His girlfriend Silke, a 21 year old zoo technician, meets the writer Christine by coincidence at the cemetery. Christine just visited the grave of an actress. The two women start a conversation. It is a snowy winter day and Christine invites Silke for tea to talk about Dirk. The actress and Dirk lost their lives in the same way. Dirk was shot at the inner German border by the border patrol of the German Democratic Republic (GDR), when he attempted to escape. Silke learned by Dirk's mother that he often thought about going to West Berlin. Dirk was Jewish and did not see how he could live his faith in peace and tranquility in the GDR which did not conduct any diplomatic relations with the State of Israel. This film presents the unusual portrait of a man, told from woman to woman in the mid-1980's GDR.