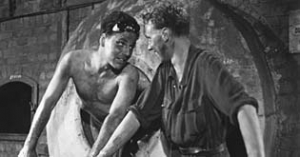 The Henningsberg power plant celebrates its four-year anniversary. On this occasion, a theatre performance is planned, but the program of the performance leads to an argument between young workers and veterans. While, the old workers would like to see a cheesy musical comedy titled "Gärtnerliesl", the young workers would rather like to perform a progressive political revue that satirizes everyday life at the power plant. But despite all rivalry, when one of the plant′s turbines sustains damage, all workers tackle the problem together. And although on the day of the party, "Gärtnerliesl" cannot compete with the show put on by the young workers, the veterans prove to be good sports and join in the general applause.