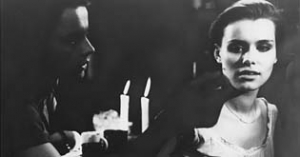 Since his mother′s death, 17-year old Jonas is living with his father Hannes. The same-aged high school student Melanie becomes his girlfriend and even agrees to move in with him to care for Jonas′s father, who is suffering from a heart condition and is feeling useless. Meanwhile, Jonas has only one thing on his mind: He wants to restore an old, rotten ship that is sitting on the bottom of the lake and has formerly been a vacation object for the apprentices. But Jonas seems to forget about everything else over his project. Thus, Melanie feels neglected by her boyfriend and eventually leaves him. At the same time, Jonas cannot find enough helping hands to restore the boat. One day, the barge by accident burns out completely – thus, Jonas′s dream is over. And his streak of bad luck does not end until he meets Melanie again at the graduation party of the apprentices and makes it up to her.