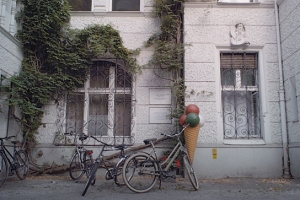 Documentary about the vanishing traces of WWII and the Holocaust in contemporary Berlin, and about individuals who keep the memory alive despite of that in a very personal way. Like the group of female friends who tend the garden of the Liebermann estate, or the Shoah survivor who has always kept the lights on in her home since she evaded Nazi persecution by hiding in a dark bunker. Filmmaker Alexa Karolinski talks to historians and Berlin Jews, and her film connects a poetic portrait of the city with the memory of a collective Jewish trauma that not only affects the generation of survivors.