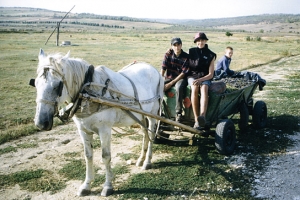 Documentary film about a region of Eastern Europe that was called "Sarmatia" in ancient times: The vast area between the Vistula, Volga, Baltic Sea and Black Sea, where Moldova, Belarus, Lithuania and the Ukraine can be found today. The filmmaker Volker Koepp travels through the area and tries to use filmic means to draw the picture of a region that is hardly known to anyone in this form anymore.

The works of the German poet Johannes Bobrowski (1917-1965), who is originally from Sarmatia, also play an important role. He, too, had explored the region intensively and his literary work was strongly influenced by his observations.