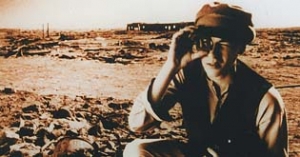 A compilation feature about the life of the Bremen sea captain Hans Warns.

Born in 1899, so always as old as the century itself, Hans Warns documented all the sea voyages of his life with his own photographs and films, beginning as a 14 year old ship′s boy on the Chile sailing ship "Herbert" in 1914, and culminating with a final exhibition of his photos in a Bremen old people′s home in 1993. The film offers a wealth of material, the history of a century at sea, compiled and processed to include original noises, contemporary musical recordings and historical film material - as well as restaged sequences technically and aesthetically oriented upon the filmic texture of Warns′ own material.