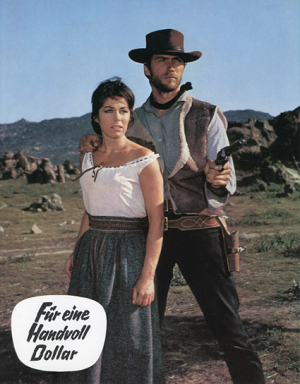 During the era of the Wild West, a small village in New Mexico is controlled by two competing gangs of crooks. On one side of the village live the Anglo-American Baxters, on the other the Mexican Rojo family with their leader Ramón. One day, a taciturn loner shows up and offers his services to both parties without them knowing about his double game. Ramón, however, finds out and has the "man without a name" tortured.

Badly injured, the stranger manages to escape, whereupon the Baxters are brutally murdered by the Rojos. With the help of a villager, the "man without a name" finally recovers and returns to the village to take revenge on Ramón and his gang.